CAROL AKERS KLUG ASA-BV MBA has been appointed by The Appraisal Foundation to serve on the Business Valuation Resource Panel (BVRP). The BVRP is a rotating panel of leading business valuation experts, professionals and academics appointed to serve at the pleasure of The Foundation as a means of preserving and improving the public trust in business valuations.

Carol has served the appraisal profession in many capacities: as ASA’s Region 3 Governor; on the Constitution and Bylaws Committee; on the board of ASA’s Educational Foundation; on ASA’s San Antonio Business Valuation Conference Planning Committee; Co-chair of the Houston Energy Valuation Conference; and as Houston Chapter officer. Carol received recognition as ASA’s 2021 Appraiser of the Year for her contributions on both the national and chapter level.

Carol and her husband also contributed to Houston Chapter’s POV Scholarship Fund managed under the direction of ASA’s Educational Foundation.

Cameron Tipton, ASA, ARM, and Corey DeWitt, AM, received  "Rising Star" awards at the ASA International Conference on September 11, 2022 in Tampa, FL.  Mr. Tipton and Mr. DeWitt are Co-Founders of Flight Level Partners, a Houston-based aviation consulting firm with specialization in appraisals and acquisitions in the corporate aviation market. Cameron is the Houston Chapter President and Corey is the Chapter Vice President.  Congratulations!

They are photographed here with Johnny White, ASA CEO, shortly after receiving their awards.

Congratulations to the Expert Witness Workshop and Mock Trial Committee and the Houston Chapter. The Chapter received ASA's Education Event of the Year award for 2022. This outstanding event, only two years old, is popular with ASA members locally and from around the country. The Houston Chapter's Mock Trial takes place in a Courtroom with a real judge presiding and local attorneys questioning witnesses. Witnesses have included Chapter members Cameron Tipton, ASA, Barbara Blaides Lines, ASA,  James Herr, ASA, Jeff Hays, ASA. and Alvin Stern, AM. The award was presented at the ASA International Conference in Tampa, FL on September 11, 2022. The Expert Witness Workshop & Mock Trial is co-chaired by Pamela Bensoussan, ASA, ARM, and Melanie Modica, ASA, ARM. 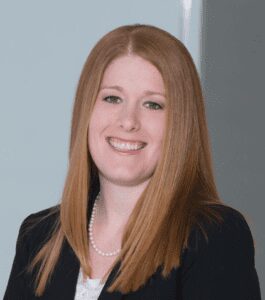 Congratulations to Laurie-Leigh White,  CPA*/ABV, ASA, CEIV, IA, CPA/ABV for earning the well-deserved 2022 Appraiser of the Year Award! Ms. White has exhibited exceptional commitment to the valuation profession as head of the Houston office of BVA Group and for her volunteer efforts for ASA as a leader, organizer, and mentor. Her enthusiasm and positivity inspire her colleagues to collectively outperform their individual talents and abilities.

Laurie-Leigh has served ASA as Chair of ASA’s International Business Valuation Conference (2021) and Co-Chair with Ken Pia (2022); Secretary of ASA’s Business Valuation Discipline Committee (2021-2023), and  Member of ASA’s Board of Examiners since 2019. She also received the Rising Star Award in 2020.

On the chapter level, Laurie-Leigh has served Houston’s Energy Valuation Conference since 2012, including two years as Chair, and five years as Sponsor Chair. 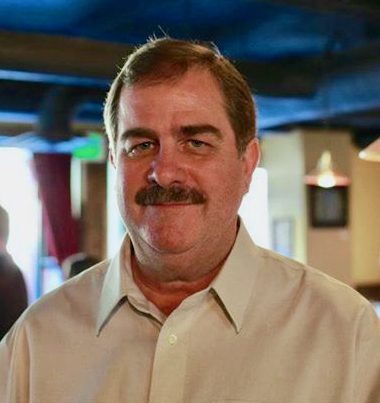 “Unconventional Wisdom” describes the independent thinker Jeff Hays, who was recently elected to the Houston Chapter Board of Directors. Attendees of last year's Expert Witness Workshop & Mock Trial observed his unusual calm and creativity while in the "hot seat" as a "witness".

Jeffrey Hays graduated from Rice University in 1978 after earning a degree in Economics and entered the local real estate industry that same year. A member of the Houston Association of Realtors, Jeff is a licensed Texas Real Estate Broker, a State Certified Residential Real Estate Appraiser and senior member of the American Society of Appraisers with ASA designation in Real Property. Jeff followed his father's footsteps in service to ASA. The late John R. Hays, ASA, was Houston Chapter President from 1980-1981. Jeff served as Houston Chapter President in 1991-92. His firm name, J & J Inc, reflects the names of father and son.

After attending Rice University, Jeff resided in the Heights area for many years buying his first home at age 23 in Norhill. Jeff earned four Letters in baseball while at Rice and is an avid supporter of Rice University Athletics. Jeff Hays has much experience in close-in neighborhoods and a working knowledge of many suburban communities. Today, his firm appraises high value homes in Houston neighborhoods of River Oaks, Memorial, West University, Tanglewood, and the Heights. He keeps up to date on growth and development trends shaping real estate markets and life across the greater Houston area and beyond. Urban economics including sustainable development and architecture are an ongoing interest. He is currently a member of the HAR MLS Advisory Group. 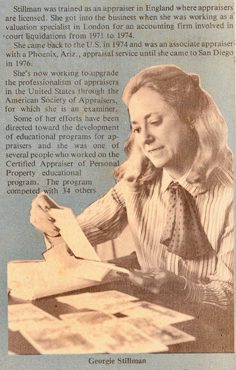 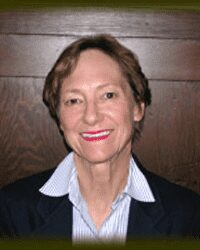 Georgie was among a small number of ASA "Life Members" honored for lifetime contributions to the appraisal profession.  She moved to Houston a few years ago from San Diego and lost no time joining the Houston Chapter Board of Directors.

When asked about her history with the Society, she remarked “No one has had a finer run in ASA than I.  I am so grateful for my long life as an ASA Personal Property Appraiser.” The following summarizes her answers to my questions about her many years as an ASA Senior Appraiser when I interviewed her last year.

When Georgie began her journey with ASA in 1974, she was an apprentice to the first person admitted to ASA as a Senior Personal Property Appraiser.  The Society’s membership was comprised almost entirely of Real Estate senior appraisers.  Most unaccredited members were PP appraisers.  Alex Sabatini was the only Personal Property appraiser on the Board of Governors; there were no educational programs or POV courses for PP appraisers. Georgie and Van Northrup (a museum trained print specialist) went to a Board of Governor’s meeting and requested they setup PP courses, but “were brushed off as cup and saucer appraisers with no need for professional status.”

Highly motivated, they went on to organize the first Personal Property (four-day) education courses, in partnership with Indiana University. Georgie presented an introductory lecture and taught the first class on “Personal Property Report Writing”.  They recruited presenters “from the top echelon of personal property appraisers in the US.” They and the many who took the subsequent courses, went on to become highly successful appraisers and Senior ASA members.

Georgie finished our conversation by saying “In November I’ll slouch into my 76th year.  Time to wrap it up.  I have had such a short time to meet and enjoy all the wonderful Houston ASAs, and I have truly enjoyed my time with you all.  But there is a time and a season for all things, and it is my time to move on in life.  If I can ever be of any help to you in my areas of expertise – silver, animals in art and craft, Americana – I stand ready to serve.”

Georgie was an incredible resource with a vast knowledge, and generous mentor to fellow appraisers.  She will be greatly missed. 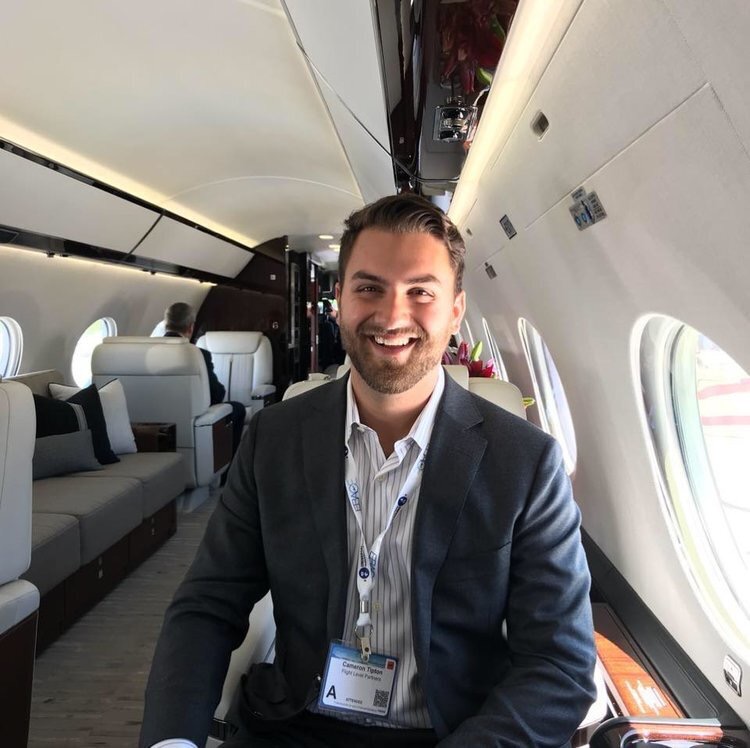 Houston Chapter President Cameron Tipton is the Co-Founder of Flight Level Partners, a Houston-based aviation consulting firm with specialization in appraisals and acquisitions in the corporate aviation market.

In 2017 he founded Flight Level Partners alongside fellow ASA-Houston member and Chapter Vice President, Corey DeWitt. They have developed a thriving practice serving financial institutions, attorneys, insurers, and tax advisors with valuations in addition to private-aircraft acquisition services geared specifically towards first-time aircraft owners. Cameron has extensive knowledge of the corporate aircraft marketplace and an immense passion for the aviation field. He is a native Houstonian with an undergraduate degree in Psychology and Writing from West Texas A&M University in the Texas Panhandle.

Congratulations to Houston Energy Valuation Conference Committee and the Houston Chapter. This is the fourth that the Houston Chapter has received the Education Event of the Year award for the highly acclaimed Houston Energy Valuation Conference. EVC has brought together pre-eminent energy valuation professionals and industry thought leaders for many years of successful knowledge sharing. The award was presented at the ASA International Conference in Las Vegas on October 25, 2021.

The Houston Chapter also received the Outreach Program of the Year award for the Houston Energy Valuation Conference. The award was presented at the 2021 ASA International Conference

EVC is a multi-disciplinary conference  on valuations in all sectors of the energy Industry. EVC has focused on diversity, inclusion and outreach, providing successful knowledge sharing and premium education to attendees as far away as Saudi Arabia, Kazakhstan, Poland, Russia, Australia, Hungary, UK, Dominican Republic, Italy and Canada. 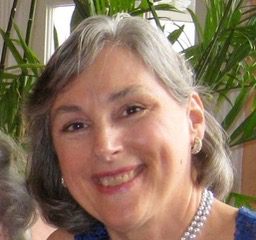 Houston Chapter Member Carol Akers Klug, ASA, received the prestigious Appraiser of the Year award along with Jack Young of the Norcal Chapter at the ASA International Conference on October 25, 2021. Carol is a Business Valuation Appraiser and has served for five years as Co Chair of the award-winning Houston Energy Valuation Conference. She has also served on the Educational Foundation Board, and the Constitution & Bylaws Committee.

Congratulations, Cameron! Many thanks, Pamela! 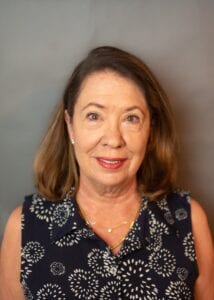 Christine York is an independent jewelry appraiser specializing in the appraisal of fine antique jewelry, modern jewelry, diamonds, gemstones and watches. She began her career in the jewelry business with Helen York of York Antiques. joining Helen to perform jewelry appraisals.  In 1985, Christine opened her own  jewelry appraisal business CHRISTINE YORK JEWELRY & APPRAISALS LLC and today she is recognized as one of the most respected jewelry appraisers in Texas.

Christine holds a B.A. of Arts degree from St. Edwards University as well as a Graduate Gemologist degree from GIA (Gemological Institute of America). 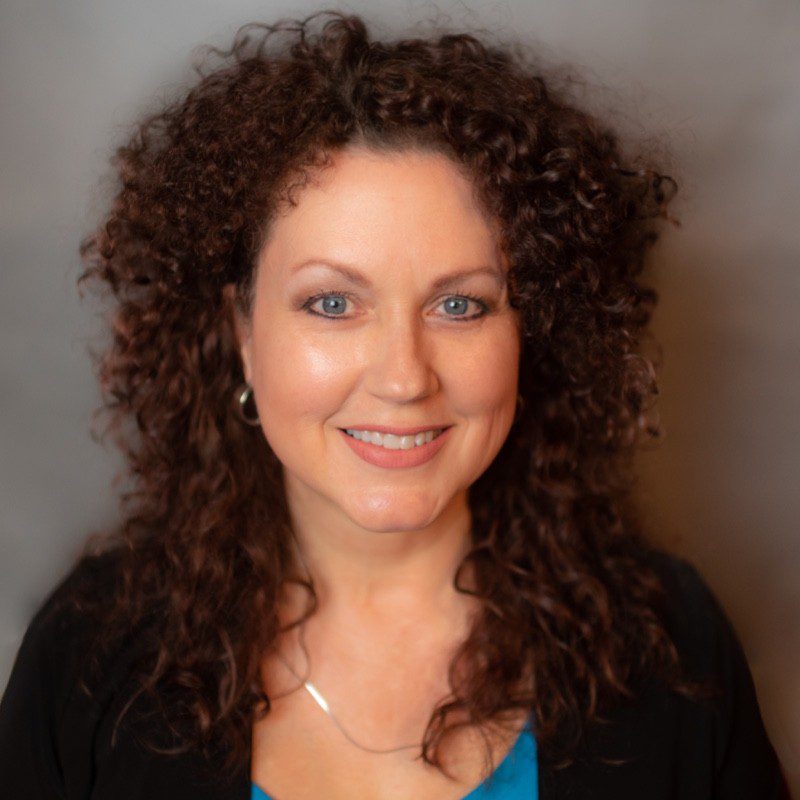 Houston Chapter Member Melanie Modica, ASA, ARM-PP, received the prestigious Appraiser of the Year award at the ASA International Conference on October 12, 2020. Melanie is a Fine Arts Appraiser and serves the Houston Chapter as ARM Chair, Education Advisor, and Chair of the Expert Witness Workshop and Mock Trial. She also serves on the ASA International Arm Discipline Committee and Board of Examiners. Congratulations Melanie!

Congratulations to Past Chapter President Steve Hu, ASA and the entire Houston Chapter and Board of Directors in 2019-2020! This is the second year in a row that the Houston Chapter has received the Chapter of the Year Award, presented this year remotely at the ASA International Conference on October 12, 2020.

Houston Chapter Honored for ASA Education Event of the Year!

Congratulations to Chair Carol Akers Klug, ASA, and the entire Houston Energy Valuation Conference Committee for receiving the Education Event of the Year. This was their 10th annual conference and the second year in a row that the Houston Chapter has received the Education Event of the Year award, for the highly acclaimed Houston Energy Valuation Conference. The award was presented this year remotely at the ASA International Conference on October 12, 2020. 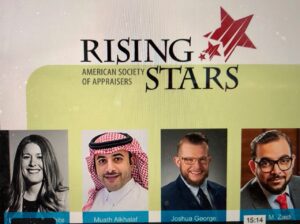 Laurie-Leigh White, ASA-BV, received a "Rising Star" award at the ASA International Conference on October 12, 2020. Ms. White is a Managing Partner with BVA Group and serves on the BV Discipline Committee and the Board of Examiners. Congratulations!

Click here to view all the 2020 ASA International Awards

Allan McBrayer, ASA in RP, Specialty in all kinds of Real Property; 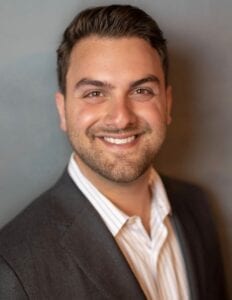 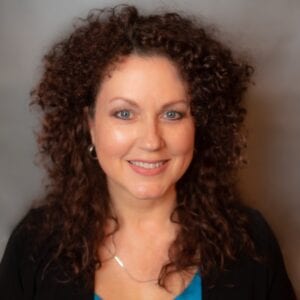 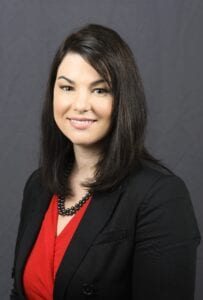 ASA Board of Governors Election 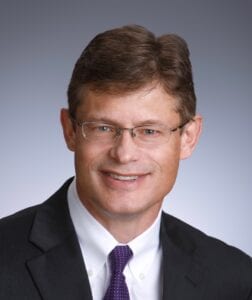 We are pleased to announce that Houston Chapter Member Scott Miller, ASA, was recently elected to begin a four-year term as Governor of ASA Region 3.  Scott is a Business Valuation Appraiser who has been active on the Board of Directors of the Houston Chapter for many years and served as Chapter President in 2010-2011. 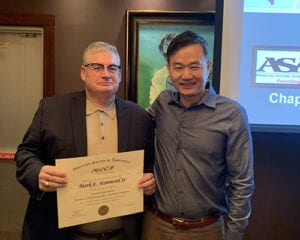 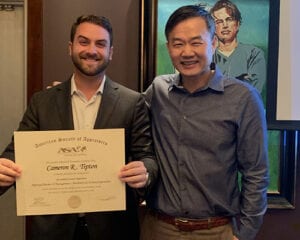 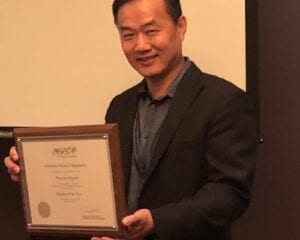 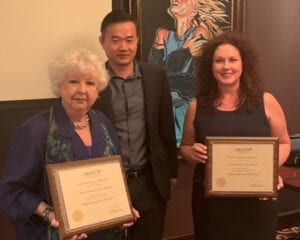 Member in the News 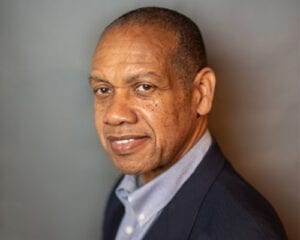 Real Property Appraiser Richard Hurt, ASA (above), lent his expertise to Chris Tomlinson for a column on protesting property tax appraisals of homes and businesses. Article was published May 1, 2019 in the Houston Chronicle. Link to article. 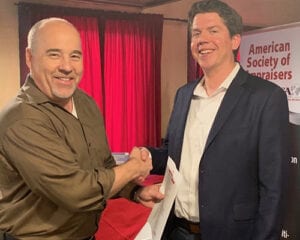 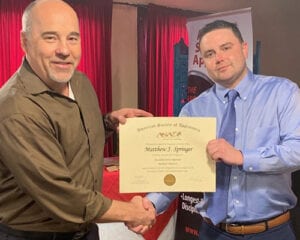 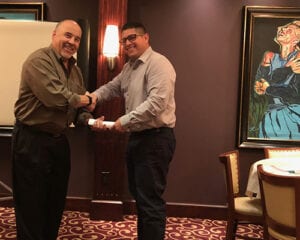 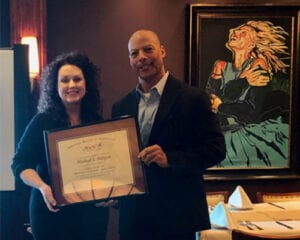 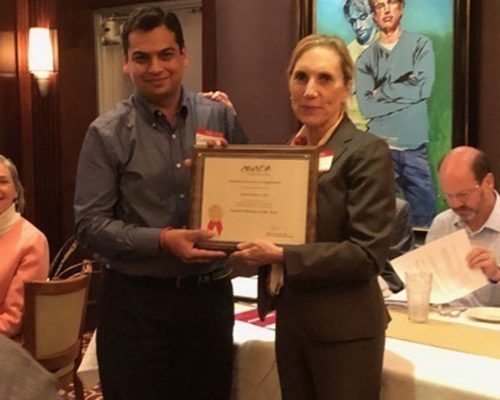 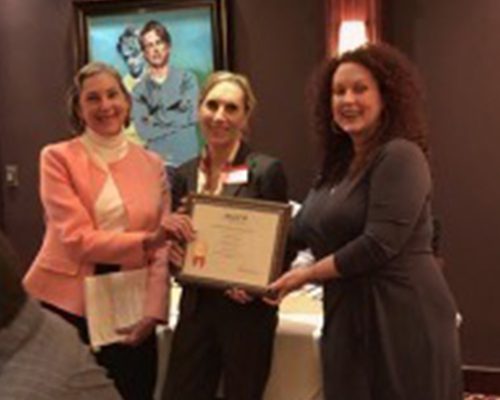 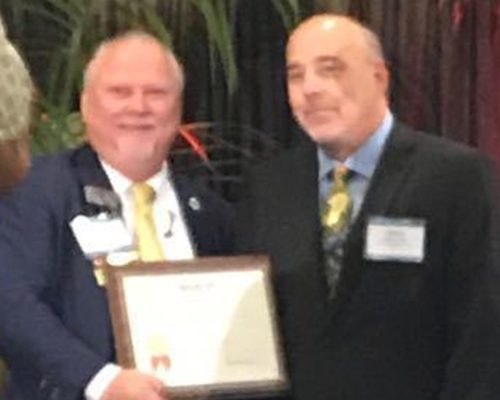 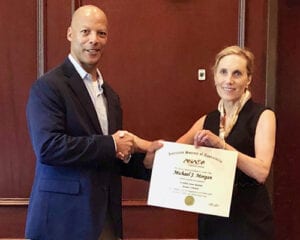 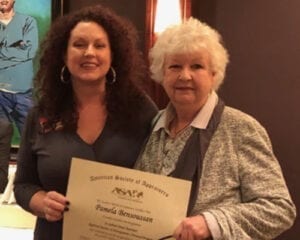 Mr. John B. Gilmore III, ASA (advanced from Candidate to ASA) in Machinery and Technical Specialties/Machinery and Equipment 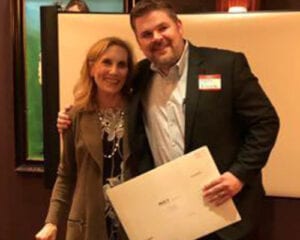 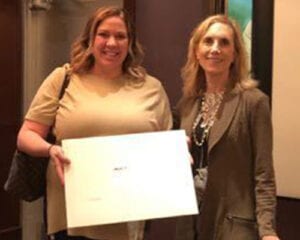 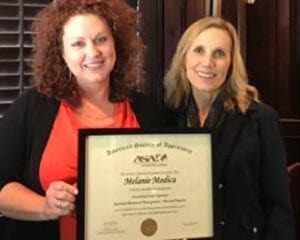